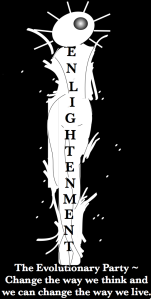 “For organised religion to have a constructive role in modern society it needs to strip away all the falsehoods and pretensions it’s currently encumbered with, and concentrate on providing a spiritual haven for all.”

Organised religion gives meaning and hope to millions of people. And despite the many criminal failings of its leaders and hierarchy, and blatant displays of hypocrisy by both them and their followers, it does encourage some worthy values. Many institutions make

charitable contributions to society. However, any good that comes from organised religion is far outweighed by the ills it inflicts on humanity. For starters, these organisations, more often than not, promote archaic attitudes completely out of sync with modern acceptable behaviour. Then there’s the type of bluster that actually encourages intolerance, prejudice and downright hatred. These attributes combine to promote violence and destruction. Don’t believe it? Look at history! Look at what’s happening now in the middle east! Look at Myanmar. Look at what fundamentalists in every country are advocating…

Religion’s two main draw-cards are giving meaning to existence, and offering a solution to the terrifying trauma of death. The big problem with both of these explanations is that they’re based purely and simply on mumbo jumbo. The Evolutionary Party has no problem with people wanting to believe in nonsense if it helps them get through the day and night, but when it becomes the source of fundamentalism, promoting violence and destruction, then common sense must intervene. For this reason alone we advocate for a secular run society.

Why do so many people believe what they’ve been told by organised religion when it defies both common sense and scientific fact? Fear breeds faith, and this trust overrides practical judgement – most people would rather believe in things they want to hear than face up to reality. Why ignore science? Well, it’s dry and unemotional, sticking to established truths and not fanciful supposition. It doesn’t come dressed up in pageantry, nor clothed in mysterious rituals. The realities it presents us can be grim, especially in terms of our mortality. Facing the overwhelming evidence that we could not exist in any other form after death, and so that when we die, that’s it, all over red rover, is just too traumatic for many people. So is the notion of no heaven or hell, no anything… The indisputable knowledge about our existence is a result of  evolution, the same as for all other animals, insects and plant life alive today,  is equally disappointing to human vanity.  As to there being a God, some sort of higher order, well, we’re with Richard Dawkins on that one, “By all means let’s be open-minded, but not so open-minded that our brains drop out.”

It might be argued that if we accept what science tells us, and not the mythology of religion, people would have no incentive to be good, and caring. Everyone would be out for themselves in an orgy of selfishness. It won’t happen! Psychologists can explain about Id and Ego, and possibly other traits of human nature, though you don’t need to be Freud or Einstein to comprehend. Most humans understand instinctively about what is morally right and wrong. It’s why and how we survive. And in truth unconscionable selfishness on the part of certain individuals is already a burden on society, and it may well be endemic. Whether it is a result of people giving themselves lavish lifestyles by breaking society’s laws, or those, like CEOs, pop stars, movie stars, sporting heroes to point out a few, who live extravagant lives condoned by our  system of reward, the notion of entitlement isn’t going away any time soon, (see ‘Evolving Society’s view of Success and Wealth‘ for further insight). In overall numbers, however, these people, within or outside the law, are very few. The vast majority of people, despite the fact they might at times  envy the others (we’re certainly encouraged to see wealth as a sign of success, even if gotten illegally), are happy to live relatively simple lives. Its these people who actually get things done in the world, and who are the ones essential to it’s existence.

The Evolutionary Party also believes that putting our trust in science over religious nonsense doesn’t have to be depressing. We should celebrate life while we have it, getting pleasure out of living a safe, healthy, peaceful, and sharing existence, striving to ensure everyone on this glorious planet gets this opportunity.

For organised religion to have a constructive role in modern society it needs to strip away all the falsehoods and pretensions it’s currently encumbered with, and concentrate on providing a spiritual haven for all. A place where people can escape into another dimension, freed for a period from the realities of everyday life, emerging stronger, and better able to deal with the stress and strains of human existence.

The Evolutionary Party is an Incorporated Association in Victoria Australia.